Set 70 million years ago, in the Late Cretaceous, to the time when dinosaurs ruled the Earth. Patchi is the smallest in a litter of Pachyrhinosaurus hatchlings.

Patchi, his father Bulldust and his brother Scowler separate themselves from the rest of the group during the annual migration due to a fire in the forest. The three animals are attacked by a Gorgosaurus named Gorgon. Bulldust fight against the Gorgosaurus to save his children, but Gorgon kills him so Patchi and Scowler remain alone without a father.

Patchi, his brother Scowler and his friend Juniper will have to from now on tackle alone a wild and unpredictable world, which will lead them to live a thrilling adventure, to grow and to reveal all their courage.

Bulldust - Patchi and Scowler father.
Patchi's Mom - She died trying to save the brothers and sisters of Patchi by a fire in the forest.
Patchi - The hero of the film.
Scowler - Patchi's brother.
Juniper - Patchi's friend.
Alex - A Alexornis, Patchi's friend.
Gorgon - The villain, he is a Gorgosaurus. 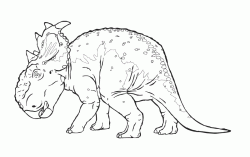 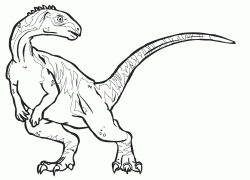 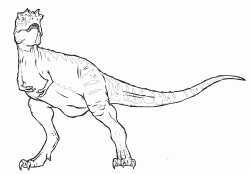 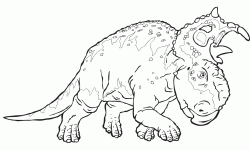 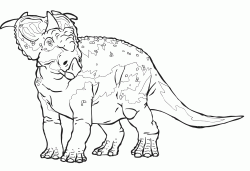 Printable coloring pages of Walking with Dinosaurs. Live the fantastic adventures of Patchi, a brave dinosaur lived 70 million years ago.