Snow White and the Seven Dwarfs

Snow White and the Seven Dwarfs is the 1st Disney classic, it was the first animated film produced by Walt Disney based on the homonymous fairy tale by the Brothers Grimm.

Snow White is a beautiful princess whose stepmother is the beautiful Queen and witch Grimilde. The Queen is obsessed with her beauty and fears that Snow White may one day overcome her.

Snow White, growing up, becomes a beautiful girl, so much so that a young prince is dazzled by her beauty and grace, falling madly in love with her. One day, questioning her magic mirror, Queen Grimilde is told that the most beautiful of the realm is no longer her, but Snow White.

Devoured by envy, Grimilde orders her Huntsman to accompany the girl in the woods and kill her. The faithful hunter executes the orders, but at the last moment he decides not to kill Snow White, telling her of his mission and the cruel intentions of her stepmother. He finally urges her to flee as far as possible.

Alone in the woods the princess is led by forest animals to a safe haven: a small empty house. The seven dwarfs, named Doc, Grumpy, Happy, Sleepy, Bashful, Sneezy, and Dopey, that are the inhabitants of the cottage, once back from their diamond mine, decide to host her. The Queen, after discovering that Snow White is still alive, decides to kill her stepdaughter personally.

Prepare a potion, which immediately drinks turning into a horrible old lady; she also prepares a poison potion in which she dips an apple: her purpose was to push Snow White to take a bite of the poisoned apple, which would make her fall into a deadly sleep. A single antidote would have awakened her from eternal sleep: the first kiss of love, but the witch, sure that the dwarves would have thought her dead and therefore buried, did not care about it.

The Queen goes to the dwarf's house and, taking advantage of their absence (at that moment working at the mine) convinces Snow White to let her in the house. The naive girl welcomes the old woman who, pretending to be grateful for her kindness, offers her the poisoned apple, inviting her to taste the fruit and telling her that if she expressed a wish and then bit the apple, the wish would come true. Convinced by those words, Snow White bites the apple but immediately falls into an eternal sleep.

The animals of the forest, witnesses of what was happening, warn the dwarfs of the danger that Snow White was running and immediately the dwarfs run home and arrive just in time to see the witch flee. They immediately understand who the old lady is and so they chase her to the top of a cliff. The witch pushes a huge stone on the dwarfs but lightning strikes her and makes her fall into the ravine where she dies. The dwarfs get home, where they see lifeless Snow White and believe her dead, but not finding the courage to bury her (as the witch had supposed), they decide to lay her in a glass coffin in the woods and watch over her every day.

The prince, who in the meantime had never stopped looking for her, as soon as he heard about this girl went into the woods and recognized Snow White. He immediately kisses her and the princess wakes up. After greeting her little friends, Snow White climbs on the horse of the prince, who takes her to his castle where, as in the best tradition of fairy tales, they lived happily forever. 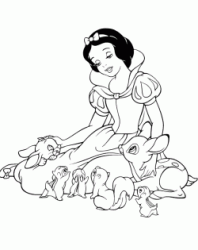 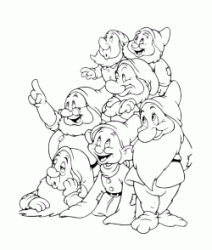 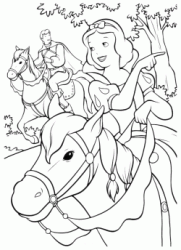 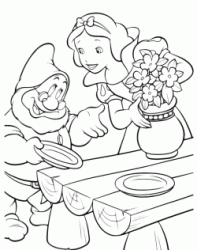 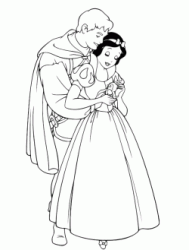 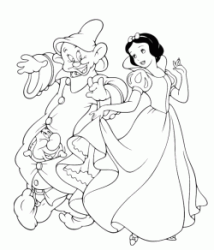 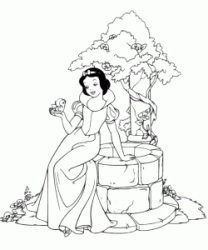 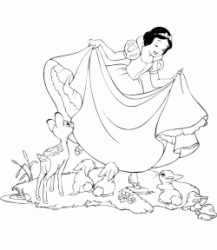 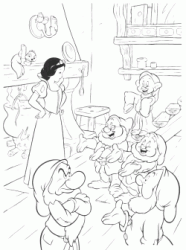 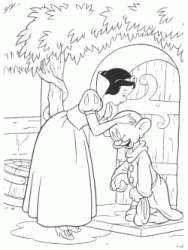 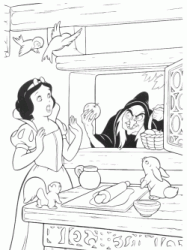 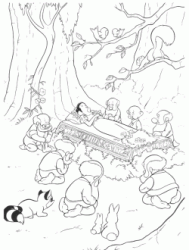 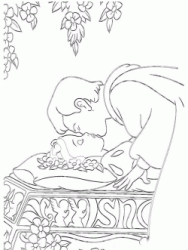 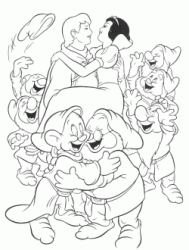 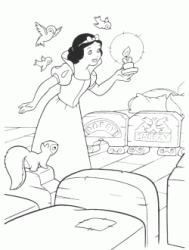 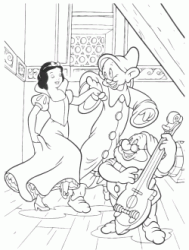 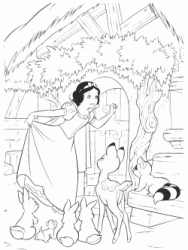 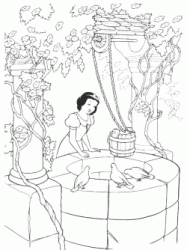 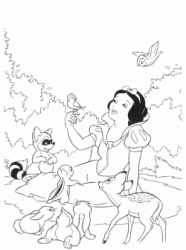 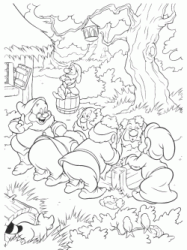 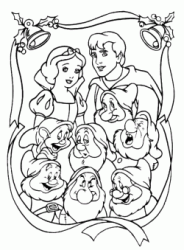