Big Hero 6 is a 2014 animated film directed by Don Hall and Chris Williams and produced by Walt Disney Animation Studios. Based on the Marvel Comics superhero team of the same name. It is the 54th Classic Disney.

The whole story takes place in San Fransokyo, a modern, fast-paced and technology city in which lives Hiro Hamada, the film's protagonist, a young genius to be able to build a robot with his hand, but wasting his talent by participating on illegal bot fights.

Thanks to his brother Tadashi, Hiro is brought back to the right path. He knows his brother's friends at San Fransokyo Institute of Tecnhology, the science's institute where everyone works: Gogo, Wasabi, Honey Lemon and Fred, as well as the mentor of Tadashi, Professor Robert Callaghan, the institute's director. Hiro also meets Baymax, a big robot created to provide medical and health care to everyone who needs it.

Hiro decides to apply to the university and for the school's science fair he presents his invention: microbots, which is very successful and that guarantees access hoped. After few minutes a fire breaks out at the university. Tadashi rushes in to rescue Callaghan but an explotion, inside the building killing both Tadashi and Callaghan.

So begins the adventure of Hiro and Baymax, both in the search for the truth about his brother's death, are in the midst of a dangerous plot, between the evil Yokai, a mysterious individual who is playing in a massive way the microrobot invented by Hiro and Alistair Krei the Krei Tech's CEO, who was also interested in the same robot.

In help of Hiro and Baymax arise Honey Lemon, Gogo, Wasabi and Fred and together they try to shed light on the case. The six tracks the masked man, who they suspect to be Alistair Krei, but with great amazement discovered that instead Yokai is Professor Callaghan, who was able to save himself from the fire and get some microbot.

The plan of the Professor is to take revenge on Alistar Krei, guilty of the disappearance of Abigail, the Callaghan's daughter. For a malfunction in a portal for humans teleportation, created by Krei, Abigail had not been able to return.

Hiro and Baymax manage to defeat the evil professor and save Abigail, she is not dead but trapped within the portal in a hypersleep since the accident. In order to save the girl Baymaxis forced to remain inside the portal and the two friends must separate forever. Callaghan is arrested but reassured by the fact that his daughter is alive.

Sometime later, Hiro discovers Baymax's personality chip clenched in the rocket fist. Hiro rebuilds his friend and together with his five friends decided to continue their roles as heroes of the city. 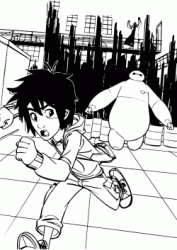 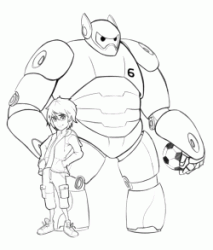 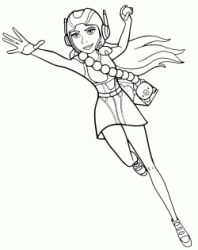 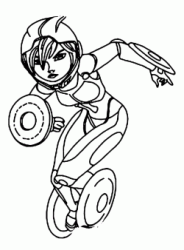 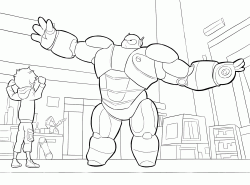 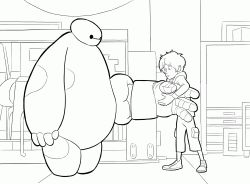 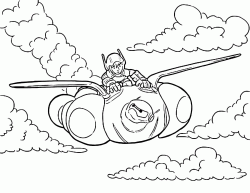 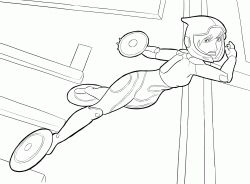 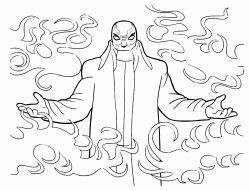 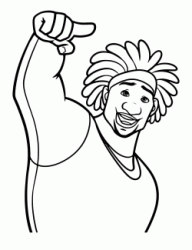 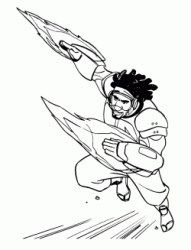 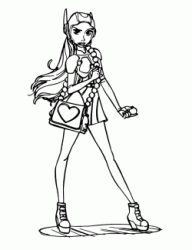 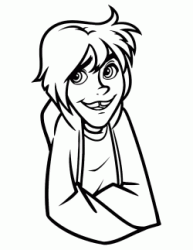 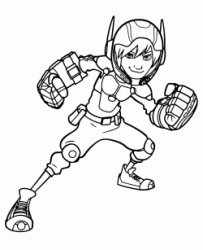 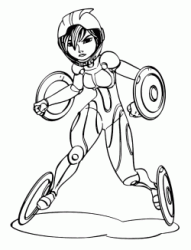 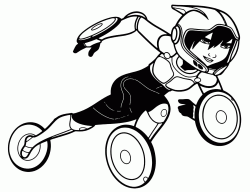 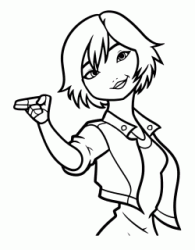 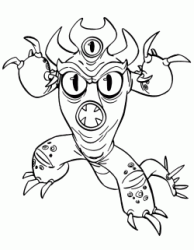 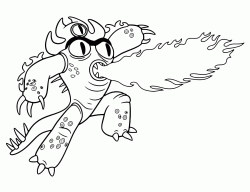 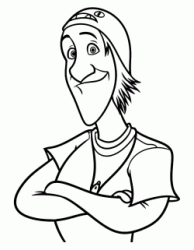 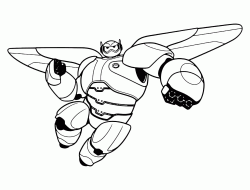 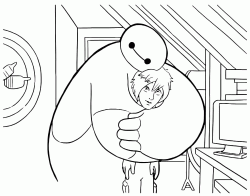 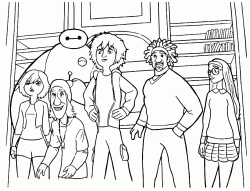 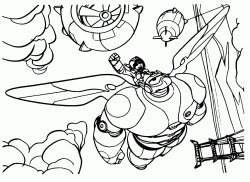 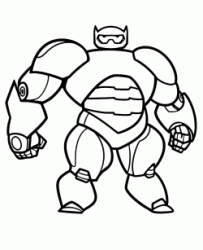 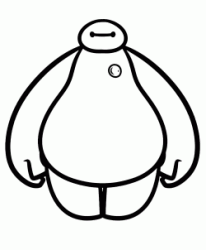 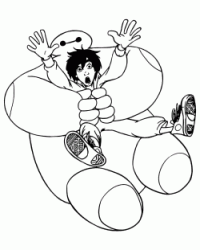 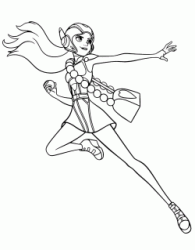 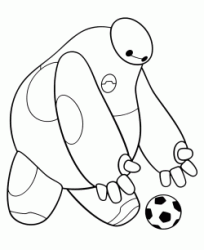 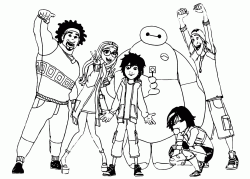 Printable and coloring pages of Big Hero 6. Hiro and his friend Baymax are waiting for you to live together fantastic adventures technology city of San Fransokyo.