Tangled is a 2010 American animated film. It is the 50th Disney animated feature film. It is based on the German fairy tale "Rapunzel" written by the Brothers Grimm.

Flynn Rider, the most wanted and most charming bandit kingdom, finds himself forced to make a pact with a girl with long golden hair, who lives imprisoned in a tower, named Rapunzel.

The two begin an escape in the company of a horse "policeman", a chameleon overprotective and a gruff gang of thugs. Between Flynn and Rapunzel creates a very strong feeling, but the danger is lurking: Mother Gothel convinces Rapunzel that the thief not only does not love her, but that he escaped with the crown abandoning the girl. Actually Flynn was caught.

At the end, however, Rapunzel, who has discovered to be the Lost Princess and Flynn are able to get the better of the wicked stepmother. Princess is finally free and returns with her parents.

The kingdom breaks out in celebration, and Eugene (this the real name of Flynn) is pardoned for his crimes. Rapunzel and Eugene eventually marry. 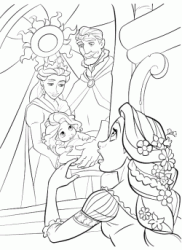 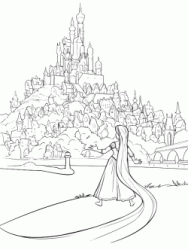 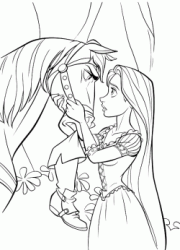 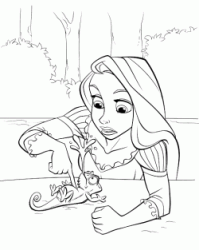 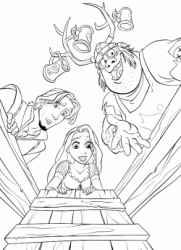 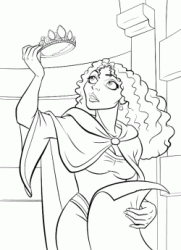 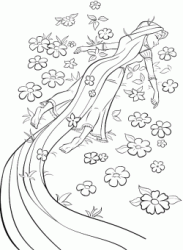 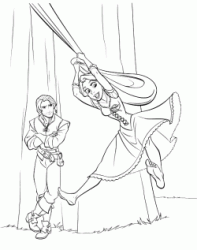 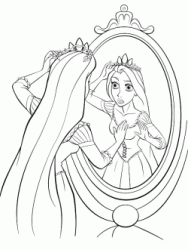 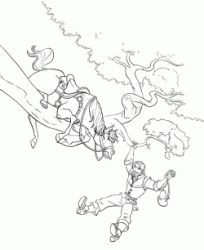 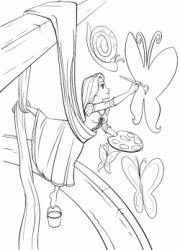 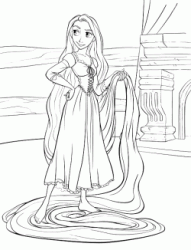 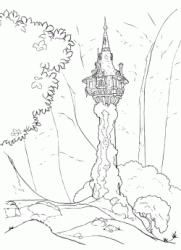 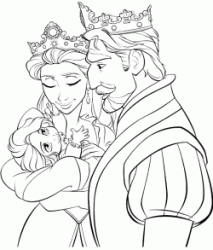 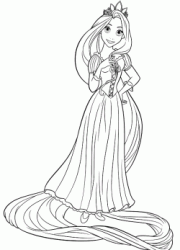 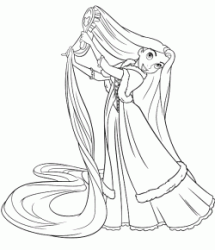 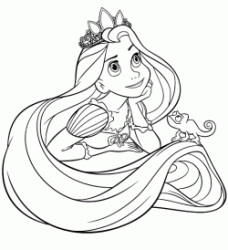 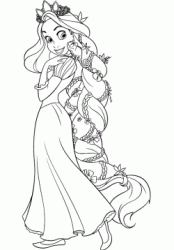 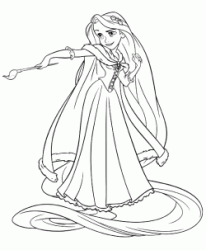 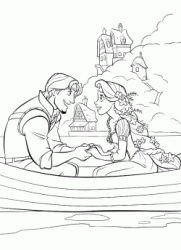 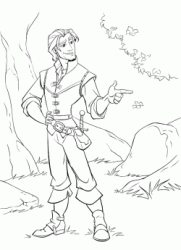 Printable and coloring pages of Tangled. Have fun to print and color Rapunzel pictures. The Lost Princess is awating for you to live fantastic adventures with the bandit Flynn and the horse Maximus.