A Bug's Life is a 1998 computer-animated film produced by Pixar Animation Studios, directed by John Lasseter and distributed by Walt Disney Pictures.

The film tells of an aspiring inventor ant, Flik, who lives in a colony of ants guided by Princess Atta and his mother, the queen. The colony is oppressed by a gang of grasshoppers, led by Hopper, who arrive every season by claiming their food reward.

For the colony the problems increase when, because of one of the latest inventions of Flik, the annual supply of the grasshoppers inadvertently falls in a stream, infuriating Hopper, who demands twice as much food as compensation.

Flik decides to recruit "warrior bugs" to fight off the grasshoppers. Ants enthusiastic accept the Flik plan because they see an opportunity to get rid of the ant and save themselves from trouble.

But Flik mistakes an eccentric group of circus bugs as brave warriors: Heimlich, a huge caterpillar that lons to be a butterfly, Francis, a ladybug with a strong personality, Rosie, a black widow spider, Tuck & Roll a couple of pillbugs, Slim, a walkingstick, Dim, a rhinoceros beetle, Manny, a praying mantis and Gypsy, a butterfly or better a gypsy moth. The bugs, in turn, mistake Flik for a talent agent and accept his offer to travel with him back to Ant Island.

The bird encounter inspires Flik into creating a mechanical bird to scare Hopper, but the attempt fails when the puppet is on fire.

In the end, helped by the circus bugs, only Flik, with his ingenuity and determination, will succeed in driving the grasshoppers out forever. Flik brings Hopper near the nest of a real bird. The grasshopper, believing that this is another frame, do not think to escape but when he realizes, it's too late. The bird captures him to feed his children. 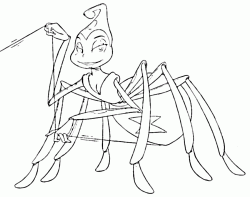 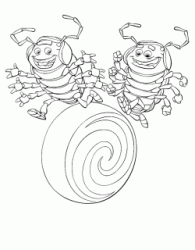 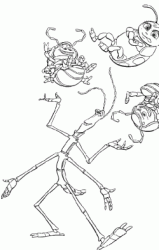 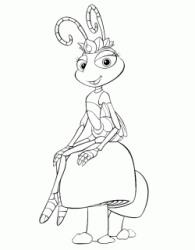 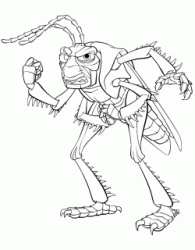 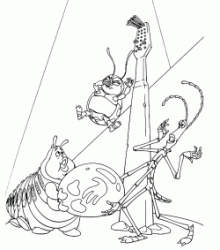 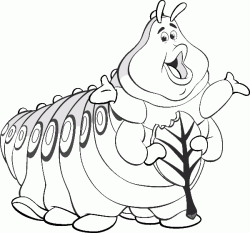 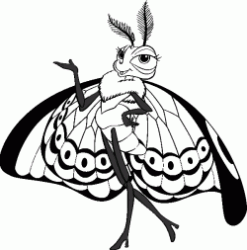 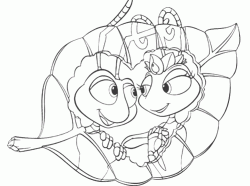 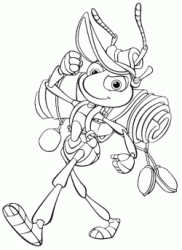 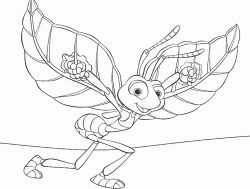 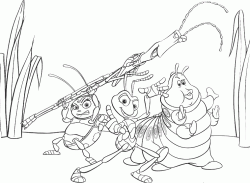 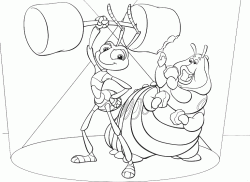 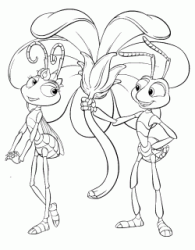 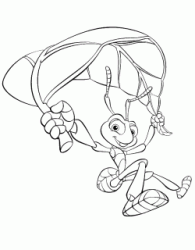 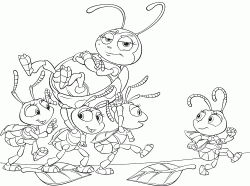 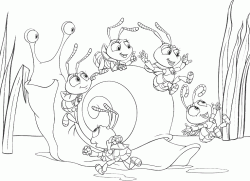 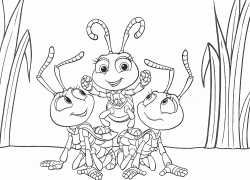 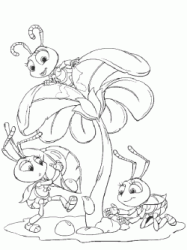 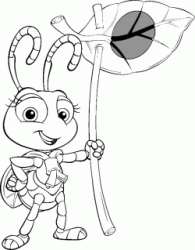 Printable coloring pages of A Bug's Life. Enjoy to print and color the pages of the brave ant Flik and his bugs friends.