The idea of ​​a ladybug as superhero came from the mind of Thomas Astruc, who, while working as a animator for the W.I.T.C.H. animation series, met a girl who was wearing a shirt with a ladybug drawn. After that meeting, Astruc designed Ladybug and immediately realized the strength that the character had on the audience.

So a comic on Ladybug was born and on Jeremy Zag's advice was quickly transformed into a cartoon. Astruc decided to trust Zag, despite his young age; he was 25 years old and was not in the animation industry, but he had a strong enthusiasm that hit Astruc positively.

Then the Cat Noir character was born, he represents the misfortune, as opposed to Ladybug, which is instead a good fate.

The story revolves around the character of Marinette Dupain-Cheng, a fifteen-year-old girl living in Paris. Marinette receives a pair of Ladybug-shaped earrings that have the power to transform her into the super heroine Ladybug.

From that moment Marinette has the task of defending his city from the criminal Hawk Moth and his akuma monsters, some butterflies capable of transforming people, who have negative feelings, in super-bad.

In her adventures Ladybug is flanked by Cat Noir, the incarnation of the black cat, under whose mask is hiding Adrien, a Marinette schoolmate, of which the girl is in love. 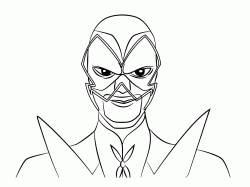 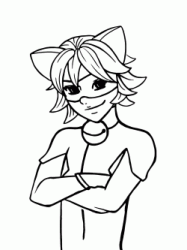 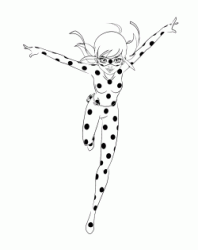 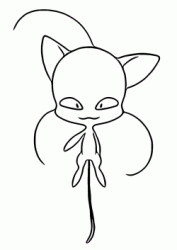 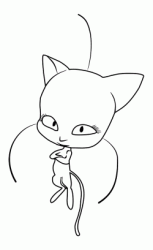 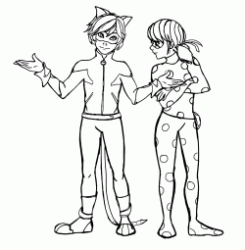 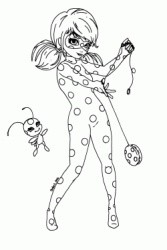 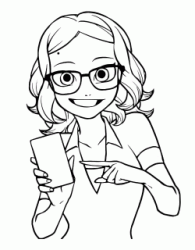 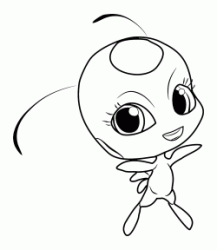 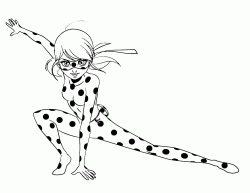 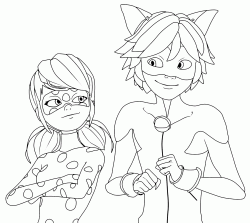 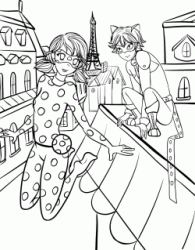 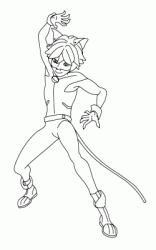 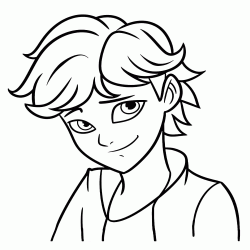 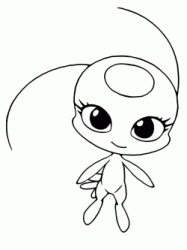 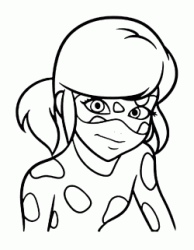 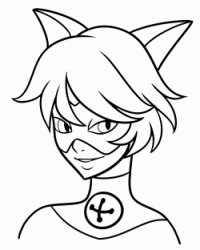 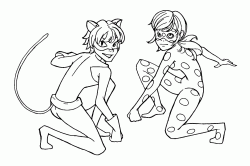 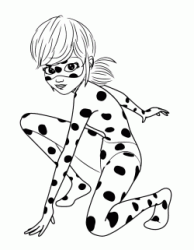 Have fun printing and coloring the designs of Miraculous: Tales of Ladybug & Cat Noir. The super-heroine Ladybug and Cat Noir are waiting for you to defeat Hawk Moth and his akuma monsters.