Doc McStuffins is an American-Irish animated children's television series produced by Brown Bag Films. The executive production was created and edited by Chris Nee and debuted March 23, 2012 on Disney Channel and Disney Junior.

The series is about a six year old girl, Dottie, who wants to became a doctor like her mother. Dottie always uses her magic stethoscope to help her toys friends. They are able to speak, see, hear and they can interact with Dottie. Doc McStuffins visit her friends in her clinic and she is always able to heal them.

Dottie is helped by her stuffed friends: the brave dragon Stuffy, the affectionate lamb Lambie, the hippo cheerful and caring nurse Hallie and Chilly the snowman who spends most of his time in the clinic for his check-up.

For any eventuality and problem Dottie is always ready to lend a hand to her friends.

The songs of the series are written and composed by Kay Hanley and Michelle Lewis. 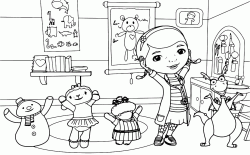 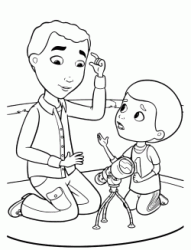 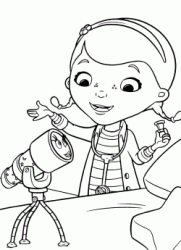 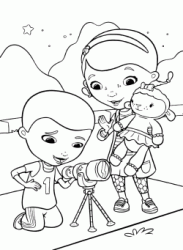 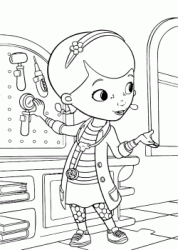 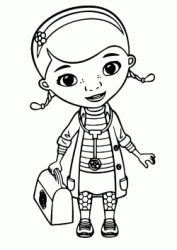 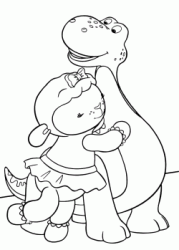 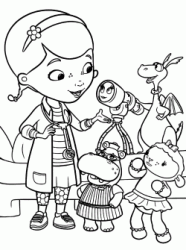 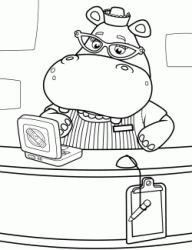 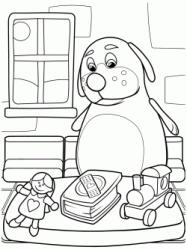 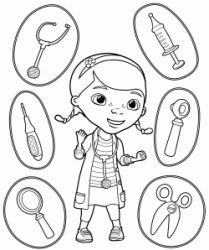 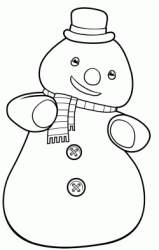 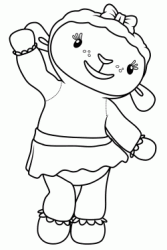 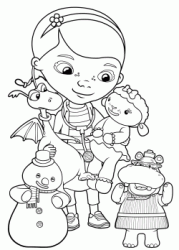 Printable and coloring pages of Doc McStuffins. Dottie waiting for you to assist and treat her stuffed friends.