The LEGO Movie is an 2014 animated film directed by Phil Lord and Chris Miller.

In the Universe Lego made of bricks, the wizard Vitruvius tries to protect, from the evil Lord Business, a super weapon called the "Kragle". Lord Business still managed to take possession of the weapon, but the wizard warns him that a person named "The Special" would find the Piece of Resistance able to stop the Kragle.

Eight and a half years later, a construction worker named Emmet Brickowski sees, in the construction site where he works, a woman named Wyldstyle. Spying on the girl, Emmet accidentally falls into a hole and find the Piece of Resistance. Emmet touches it and immediately he has a very strange visions that make him faint.

He awakens with the Piece of Resistance attached to his back and in the custody of Bad Cop, Lord Business's lieutenant. Emmet is aware that Lord Business wants to destroy the world with Kragle.

Wyldstyle rescues Emmet and believing that he is the Special leads him by Vitruvius. Vitruvius explains them that Emmet and Wyldstyle are "Master Builders", people with great creativity, able to build anything very quickly and without the need of education, people that Lord Business wants to eliminate.

Vitruvius and Wyldstyle remain disappointed when they realize that Emmet can not be a Master Builder as lacking any creativity, but they are convinced of his potential when he recalls visions of a seemingly human deity referred to as "the Man Upstairs".

Emmet, Wyldstyle and Vitruvius evade the Bad Cop's forces, with the Batman help and attend a council of Masters Builders, who, however, refuse to fight alongside Emmet because they do not trust in him. The Bad Cop forces attack and capture all but Emmet and a few others .

Emmet devises a plan to infiltrate his team in the headquarters of Lord Business and disarm the Kragle. However, he and his friends are captured and imprisoned. Vitruvius is beheaded by Lord Business, who throws the Piece of Resistance and triggers the self-destruction.

Vitruvius, like a ghost, reappears at Emmet telling him that, even if the prophecy is not true, he can still save the world, because the important thing is that each one has confidence in himself.

Linked to the mechanism of self-destruction, Emmet sacrifices himself to save his friends by jumping  into a pit and severing the connection. Inspired by the Emmet's sacrifice, Wyldstyle rallies the Lego people across the universe, telling them to use all their creativity to build machines and weapons in order to fight the Lord business's forces.

Meanwhile Emmet finds himself in the real world, where the events of history are played in a basement by the imagination of a boy, Finn. The father, that is "the Man upstairs", chastises his son for having mixed his Lego set, and so decides to paste the characters at various scenarios permanently.

Realizing the danger his friends are in, Emmet seeking attracted the boy's attention. Finn realizes that Emmet has been dropped, so takes and puts him and the Piece of Resistance on the Lego's set where Emmet acquires the Master Builder's powers and confronts Lord Business.

Finn's father looks at his son's creations more carefully and realizes that his son has personified the figure of the evil Lord Business on him. The father changes his opinion and allows the child to play with his Lego, therefore in the Lego world Emmet manages to change the Lord business's thinking. The Kragle is accordingly closed and all the victims saved.

However a new threat are going to bring down on our friends, aliens from the planet Duplo beam down and announce their plans to kill them all. This is because in the real world the Finn's father has also allowed his daughter to join at their game with Lego Duplo. 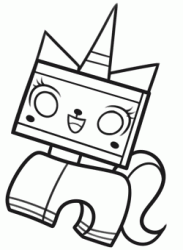 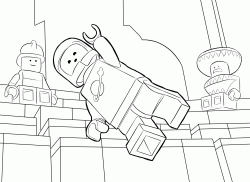 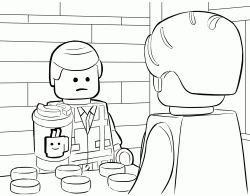 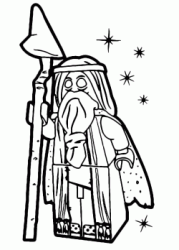 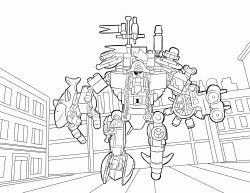 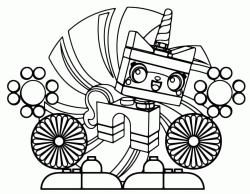 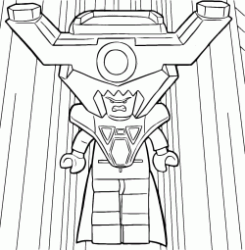 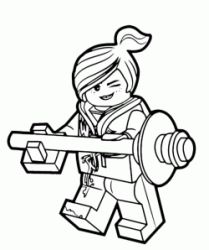 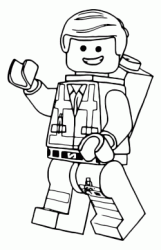 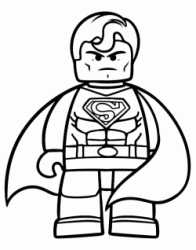 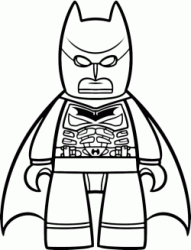 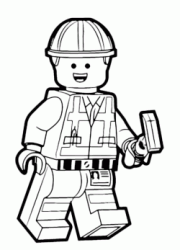 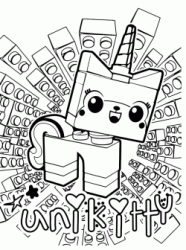 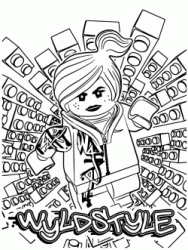 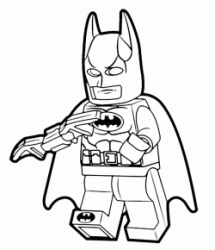 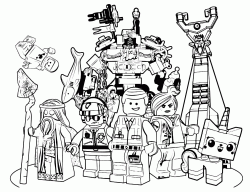 Printable and coloring pages of The Lego Movie. Emmet, the Master Builder, is wating for you to live together fantastic adventures in the Lego world.