Moana is a 2016 American animated film directed by Ron Clements and John Musker and produced by Walt Disney Animation Studios. The film is made in computer graphics and is the 56th Disney Classic.

The film tells the story of Moana, the protagonist, a sixteen year old girl who lives with her parents and her paternal Grandmother in a village on the island Polynesian Motunui in the South Pacific.

Moana is a princess who love the adventure, inspired above all by the fantastic stories that hes paternal Grandmother tells on the village people, the greatest sailors in the world who traveled across the vast Pacific, discovering many islands of Oceania.

For a long period, however, the trips to the boundless ocean, never broke down without knowing why. Moana, intrigued by this fact, decides to leave for a long trip and to find out the reasons that led her people to stop exploring the world beyond the reef.

During the journey the princess meets Maui, a demigod with special powers; together they decide to face the journey in the open sea into an adventure full of dangers and wonderful discoveries. 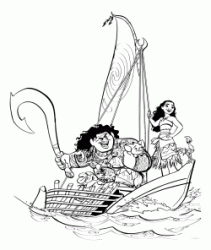 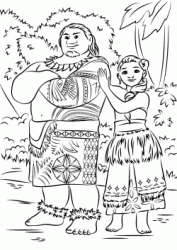 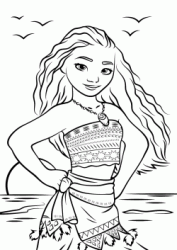 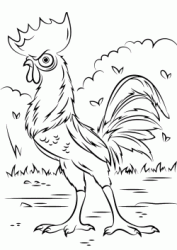 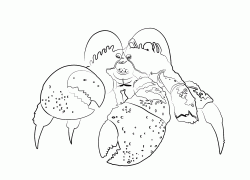 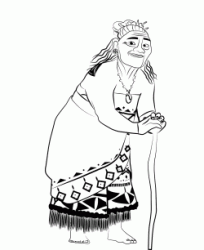 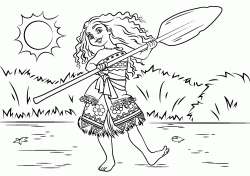 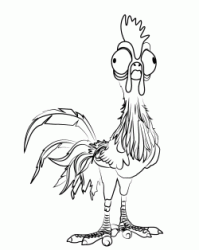 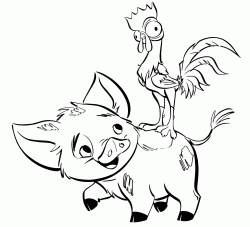 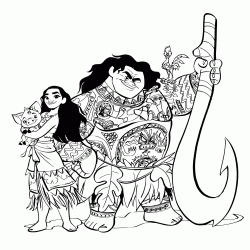 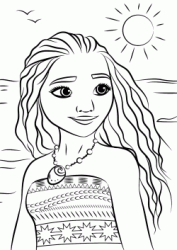 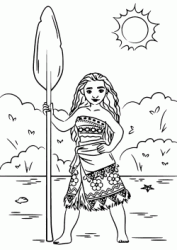 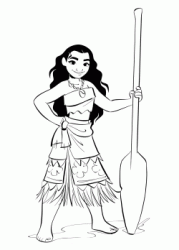 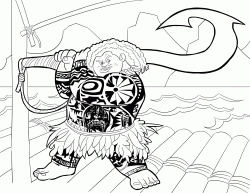 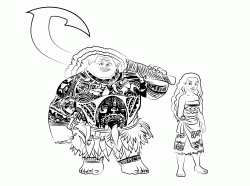 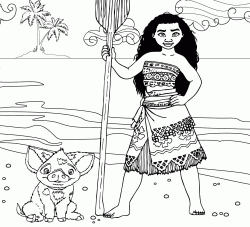 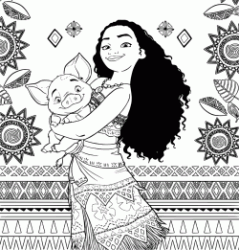 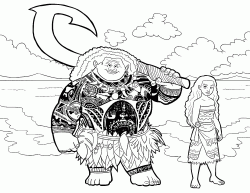 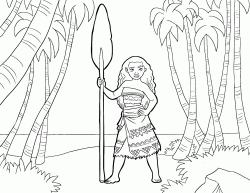 Printable coloring pages of Moana. Have fun coloring and print Moana designs. Live with her and the demigod Maui fantastic adventures around the boundless Pacific Ocean.