Despicable Me is a 2010 animated film from Universal Pictures, directed by Pierre Coffin and Chris Renaud.

Gru, a supervillain, has his pride injured when an other supervillain steals the Great Pyramid of Giza. Gru decides that, to be considered the most evil, he has to steal the Moon. To implement his plan, in addition to Dr. Nefario help, he needs a loan from the Bank of Evil.

He asks Mr. Perkins, the Bank of Evil's president. The president is very interested about Gru's plan, but will only provide the money if Gru can obtain the necessary shrink ray first.

Gru attempts to break into Vector's fortress to get the shrink ray back, but is defeated by numerous booby traps. However, he see three orphans girls, Margo, Edith and Agnes walk into the Vector's house easily, simply offering to Vector some cookies. Gru understands that the three girls are his passport to enter into the fortress, so he adopts the girls from Miss Hattie's Home for Girls.

With the three girls now Gru is able to carry out his plan, he manages to break into Vector's house and steal the shrink ray; now everything seems to be going well. But things are more complicated because Mr. Perkins does not want to grant the loan and the relationship between Gru and the children is becoming increasingly intense. Gru is losing sight of the goal and Dr. Nefario, to bring him to reality, makes sure to return the children to the orphanage.

Without the presence of the girls Gru focuses again on the plan and so he steals the Moon but while happy cheers, he realizes how the three little children are important for him. He goes back on Earth but it is too late to attend the children's recital. At the school Gru finds a Vector's message, who has kidnapped the girls, and will exchange the Moon for them. Gru goes immediately to Vector's fortress and gives him the Moon, but Vector does not respect agreements and runs off with Margo, Edith and Agnes.

Meanwhile, Dr. Nefario discovers that the effects of the shrink ray are tempory: the bigger the object was originally, the faster it will regain its original size. Gru manages to save the three little girls just in time before the Moon returns to its original size.

At the Arctic Circle, a secret laboratory, where some scientists are experimenting the PX41 serum that can transform any living being in a fierce purple beast, mysteriously disappears.

Investigates the incident the Anti-Villain League (AVL), which identified traces of serum in a mall. The organization, however, needs Gru help and so sends Lucy Wilde on his tracks. But Gru has now decided to take the family man, for that reason refuses the engagement.

Meanwhile Dr. Nefario, tired of the good life that is leading, he decided to resign, this pushes Gru to accept the AVL's offer. The day after he is already at the Paradise Shopping Mall to investigate with Lucy.

Gru immediately comes to suspect Mexican restaurant owner, Eduardo Pérez, of being the infamous "El Macho", a legendary supervillain, supposedly died. Gru and Lucy break into Eduardo's restaurant at night, but they do not find nothing to prove that he is the culprit.

In the meantime, the Minions are mysteriously disappearing. Somebody is using them as guinea pigs for the PX41 serum. The AVL discovers traces of serum in a mall store and so they blame the owner, a seller of wigs, to be the mysterious criminal. The AVL closes the case, Gru is discharged from the assigned mission and Lucy assigned to another case in Australia. Gru discovers that he loves Lucy but he must say goodbye to her.

The same evening Gru accompanies his daughters to the party at Eduardo's home. Following the suspicious movements of the landlord, Gru decides to follow him and discovered his true identity, Eduardo, as Gru had always suspected, is in fact El Macho.

El Macho reveals to Gru his plans; with the help of Dr. Nefario and the mutated Minions, he wants to achieve world domination. He makes Gru an offer, proposing that they team-up, but Gru leaves without giving an answer. Later Dr. Nefario informs Gru that El Macho has captured Lucy. Gru returns to the house together with the Minions to save Lucy.

Meanwhile Dr. Nefario, worried for his family, decides to help Gru. Fighting alongside his daughters and Nefario, Gru and his team spray all of the mutated Minions with jelly containing a powerful antidote that Dr. Nefario made, whereupon they revert to their friendly yellow state. With the help of Minions Gru can knock out El Macho and to save Lucy.

After 147 dates, Gru and Lucy are married, and Margo, Edith and Agnes finally have a mother. 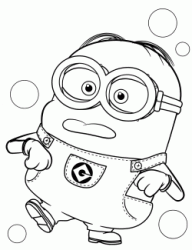 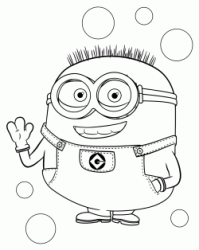 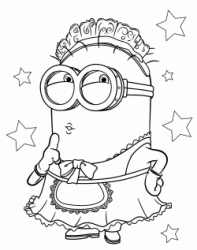 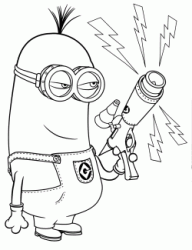 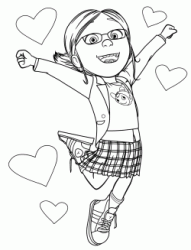 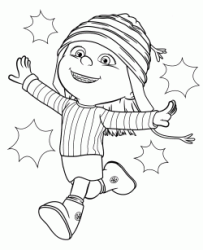 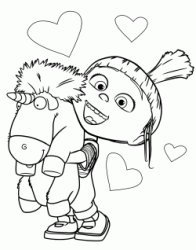 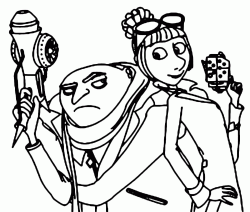 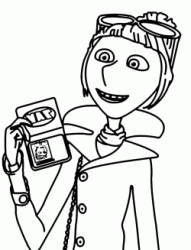 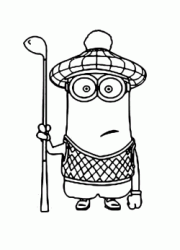 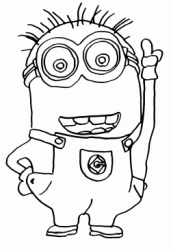 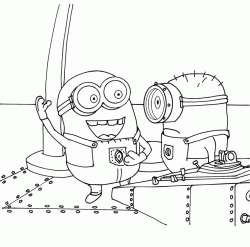 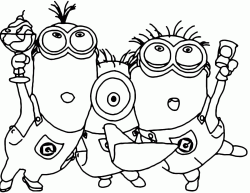 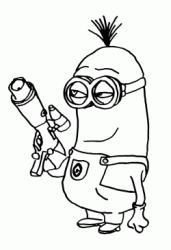 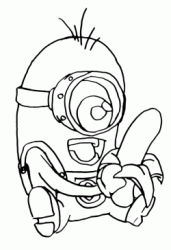 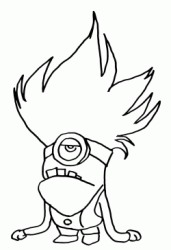 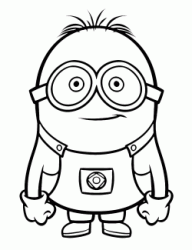 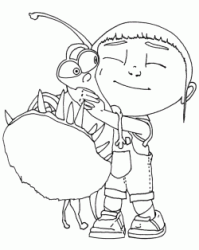 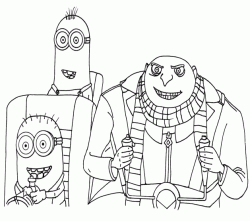 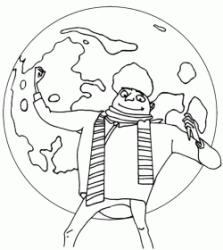 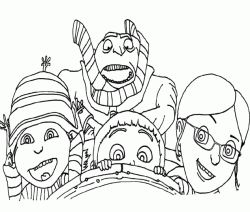 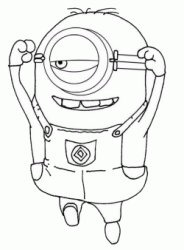 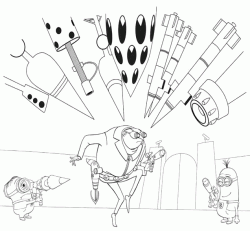 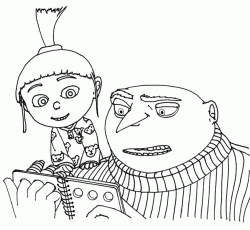 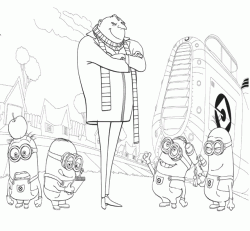 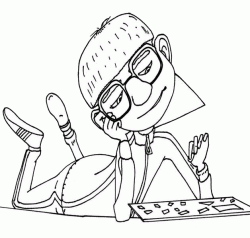 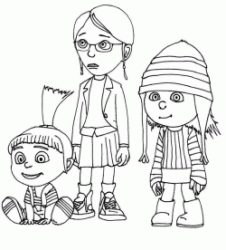 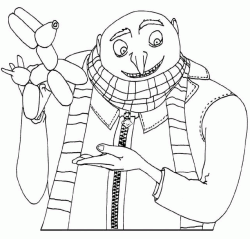 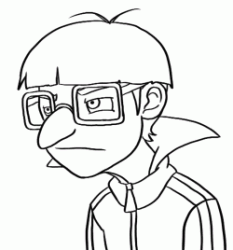 Printable and coloring pages of Despicable Me. Gru, Margo, Edith, Agnes and the Minions, waiting for you to live together many adventures.